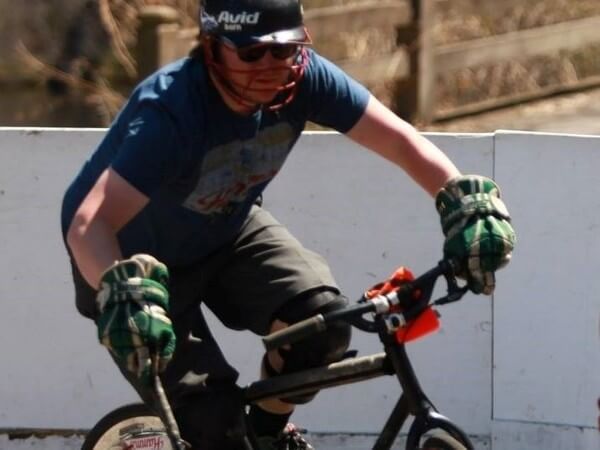 What’s your favorite fact about coffee?
Legend has it that 9th-century goat herders noticed the effect caffeine had on their goats, who appeared to “dance” after eating coffee berries.

What’s your favorite pairing with coffee?
A beermosa and a second cup of coffee.

If you could have coffee with anyone, living or dead, who’d it be?
It would have to be sitting down with Tom Waits.

Where are you to be found when not at Peace Coffee?
Getting rad on the court with my home club Twin Cities Bike Polo.

What’s your favorite fashion faux pas to commit?
I am confident that bike shoes go with everything.

If you could travel anywhere in the world, where would you go and why?
I would want to go play bike polo with the European leagues. That being said it would be Austria.

If someone made you into a cartoon or comic character, what would that character’s most prominent feature be?
It would have to be my sideburns.

What is the best bike ride you’ve ever taken & why?
Racing a desert storm when I worked down in Cimarron, NM at the Phimont Ranch. Just seeing the lighting crack in the desert sky has always stuck with me.

What music keeps you going while at work?
80s Hair Metal. Lately, it’s been Iron Maiden.