A word on automatic pour over machines from Jackson

check out our easy-to-follow brew guide

A good number of coffee making machines are popping up these days that call themselves “automatic pour over” machines. These machines started out as super fancy, boutique-y numbers like the Chemex Ottomatic and the Ratio Eight, costing hundreds of dollars and boasting minimalist chic for the person who needs their coffee maker to both make exceptional coffee and match their Design Within Reach coffee table.

In recent months, however, a number of machines from manufacturers such as Bodum and Kitchenaid are marketing more affordable (though still pricier than your average auto dripper) machines as “automatic pour overs.”

So what’s the deal? What are these machines all about?

A bit of history

For the first 500 years that human beings have been drinking coffee, we just threw it in some water and hoped for the best. It took us a long time to figure out that the coffee tasted better and had a longer shelf life if the beans were fermented and dried, longer still that it tasted better when roasted, and still longer that when ground and put into hot water the resulting beverage was more potent and quicker made.

In the 1790s a device called a “coffee biggin” was developed that had the water pass through the coffee suspended in a gauze or muslin filter rather than having the coffee boiled with the water. And for the next almost 200 years there were two competing camps of people: Those who preferred the less fussy, but worse tasting, “boiled” coffee (later “percolator” coffee) and those who preferred the more fussy, but better tasting, “filter” coffee (first being made in a biggin, later refined with a paper filter by Mrs. Melitta Bentz, whose name still adorns the most popular brand of paper filter today).

It wasn’t until the 1970s when Westinghouse engineers in Cleveland came up with a design for a machine that was both easy to use and resulted in a cleaner and less bitter cup than boiled/percolated coffee. The machine was named Mr. Coffee and its revolutionary auto dripper technology quickly swarmed the market until most people had a Mr. Coffee, or a machine based on it, in their kitchen.

While the basic idea (get hot water to pass through coffee grounds suspended in a filter) is sound, Mr. Coffee doesn’t sweat the details:

In the spirit of both being control freaks when it comes to our coffee—and also appreciating the theater of coffee brewing—we started pushing the idea of brewing with manual pour over brewers since a human being (especially a well trained professional human being) could pay attention to these details better than Mr. Coffee could.

Now, there is nothing that says that it’s physically impossible for an auto dripper to also get the water to the proper temperature and evenly spray water evenly across the grounds.

Indeed that is exactly what machines like the Technivorm Moccamaster and the Bonavita 1900ts do. However, for many people, there’s an understood association of words. “Drip” coffee means poorly brewed but easy to use. “Pour Over” coffee means well brewed but difficult and involved. What could sound better than an “Automatic” pour over then?

What’s the difference between a well-engineered drip machine and an automatic pour over?

To the best of my knowledge, nothing really. At the moment, anything calling itself an “automatic pour over” is going to have those details worked out to produce an exceptional cup of automated coffee at the expense of a higher price tag—but there’s nothing about the term “automatic pour over” that guarantees that will be the case for every machine made with that name into perpetuity. For the moment, it’s a handy mark of quality, but there will never be a better way to guarantee that your automated machine produces a quality cup than doing your homework.

Below is a list of machines that I’ve taste-tested our coffees in. They’re listed in no particular order.

I’ve selected four of our roasts that brew up delicious pots of automatic pour overs. Hope you enjoy them as much as I do! 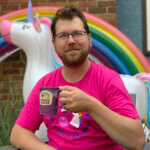