Donate in Support of Black Lives & Communities of Color

The list below is certainly not all-encompassing and we encourage you to email us if you have an organization to add. What we like about this list is that it’s wide-reaching and highlights the intersectionality of many groups from GLBTQ organizations to youth empowerment non-profit businesses that are all working in tandem to build a brighter and more just future for all.

This list has been compiled by the editors of the Strategist at the NY Mag. We have added some local Twin Cities organizations as well.

• I Run With Maud

Single donations will be split between multiple organizations, with the ability to adjust what goes where.

Donations, made via Venmo, Cash App or PayPal, will go directly into the pockets of activists and organizers on the front lines of protests.

• Mitch Gayns’s community supplies fund; donations go to Gayns, the host of Those People podcast, and a Boston-based protester who is using the funds for supplies — such as snacks, Band-Aids, and flashlights — for protesters, and providing receipts for purchases on his Twitter feed.

• Isak Douah Minneapolis Gas Mask Fund; donations go to Douah, who is using the money to buy gas masks for black youth activists on the front lines to protect them against tear gas used by the police.

• Black Earth Farms Food Delivery Fund; donations go to Oakland, California–based Black Earth Farms, which is cooking and delivering food to black protesters who have been arrested, bailed, or injured.

Donations will go toward rebuilding businesses and other parts of black communities where protests have occurred and/or have been particularly hard hit by the coronavirus pandemic.

• My Block My Hood My City; Chicago, Illinois

Donations will go toward arts, technical, or other programs for black and brown people.

• Helping Educate to Advance the Rights of Deaf Communities

Donations will go toward funding initiatives for educating black and brown youth, such as programs for coding, activism camps, and providing books for schools.

Donations will go toward legislative efforts to overturn systemically racist policies at either national, state, or local levels.

• Pull Up or Shut Up

Donations will go toward police reform initiatives, including efforts to redistribute police funding to other social services.

Donations will go toward prison reform efforts to stop excessive punishment, mass incarceration, incarceration in general, and the creation of new jails and prisons.

Donations will go toward legal aid and education for black, brown, and other minority groups.

• For The Gworls Party; donations are collected through Venmo, PayPal, and Cash App

• Gays and Lesbians Living In a Transgender Society

Donations will go toward supporting black and brown media outlets and journalists.

Donations will go toward providing mental health care and education to black communities and individuals.

Donations will go toward providing medical aid, including COVID-19 and reproductive care, to black, brown, and other minority communities. 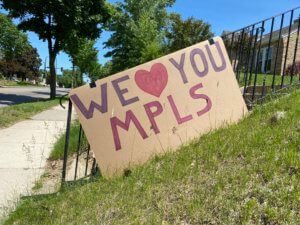 We love you MPLS
Our city and many others across the nation are experiencing mountains of hardship, loss, and hurt right now. This past… 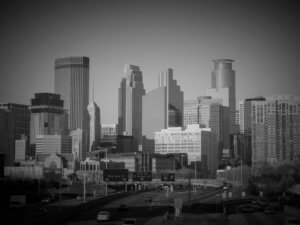 Our City Is Hurting
For almost 25 years, Peace Coffee has been roasting coffee with love in the heart of Minneapolis. Our roastery and… 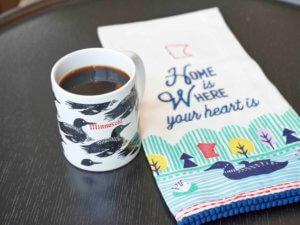 A Word From Lee: Adapting To Uncertainty
When new challenges come, we've always adapted and worked for our community, even more so now.