Confronting the Crisis In Coffee

Coffee serves as a way for many of us to start our days and provides some much-needed energy to our morning hours. For the farmers of over 12 million small coffee farms in the world, their days start with coffee as well, but instead of enjoying it in a cup, they are walking the steep inclines of their parcels to tend to their coffee trees. For these farmers, coffee isn’t a delicious beverage or a delivery vehicle for caffeine, rather it’s the means by which they feed their families. In coffee communities around the world, there is a consensus that a crisis isn’t coming — it’s already here.

The word “crisis” is deliberate and not used lightly. The unfortunate combination of climate change and low prices is causing extreme stress to coffee producers around the globe and is forcing many to face food insecurity. This crisis is now being acknowledged by many of the participants in the value chain. Temperatures are increasing, weather patterns are changing, and diseases are impacting crops at higher rates. By 2050, an estimated half of the world’s coffee-producing regions will no longer be suitable for coffee production.

Climate change has an immediate and sustained impact by reducing crop yields and increasing costs of operation. Furthermore, climate change negatively impacts coffee quality, resulting in lower prices paid to farmers. An extremely volatile international market is pushing coffee prices down even further. The coffee market has been trading under a dollar per pound, far below the cost of production. To many, the market price seems irrational as it does not reflect the economic reality that coffee farmers face, nor does it take into account the investment required to produce high-quality, sustainably grown coffee. Consequently, farmers debate whether or not they can continue to build their lives around coffee production. For young people, the answer is often a resounding no. Resigned to that reality, many must decide between staying in their communities to pursue a different crop or migrating to more prosperous countries, often the United States.

Working Together to Solve the Coffee Crisis

In my role as Director of Coffee at Peace Coffee, a 100% fair trade and organic coffee roaster, I spend a lot of time reflecting on these issues. I often think back to the many conversations I have had with coffee farmers around the world. I remember listening to a group of women in Northern Peru discussing the extreme challenges they faced as mothers when a sustainable price wasn’t paid. I recall, during my time with farmers in Guatemala, realizing that low prices and reduced yields could compel coffee farmers to migrate to the United States, risking their lives to support their families. Conversely, I witnessed the miraculous achievements of Honduran farmers who are leveraging innovative organic agricultural practices and the support of cooperatives to combat the direct impacts of climate change, helping to secure their futures as coffee farmers.

The current crisis hitting the coffee lands can be boiled down to statistics, but thinking of this issue only in numbers glosses over the daily struggles of those involved in the supply chain. “Crisis” is not a word that immediately elicits hope. But thinking back to my conversations with coffee farmers gives this crisis a human face, and I see the power that we have to innovate and build resiliency. If we can acknowledge the existence of this crisis together, we can begin to build real, sustained, and meaningful change to the way coffee is grown and valued.

Currently, strategies are being employed that create an immensely positive impact on the coffee value chain. Fair trade has shown that by building alliances, farmers and roasters can disconnect from international market prices that fail to take the true cost of production into account. This is a powerful reminder that low, unsustainable prices do not need to be a reality for coffee farmers or coffee drinkers. Additionally, through fair trade, farmers are organized into cooperatives, which provide training and support to entire communities impacted by climate change. By purchasing coffee from dedicated fair trade brands, consumers know that prices support a sustainable livelihood for coffee farmers and cooperatives providing vital assistance to vulnerable communities.

The coffee grown by small-scale farmers who use regenerative organic agricultural practices is also climate-friendly. Coffee farmers who engage in these practices do not use chemical fertilizers, pesticides, or monocropping practices, all of which can contribute to climate change. Instead, these small-scale farmers are creating a natural balance in their plots to overcome disease and pests, rebuild their soil health, and protect the shade cover and biodiversity on their land. These practices turn farms into carbon sinks, further reducing the impact of climate change on all of us. Lastly, many actors in the value chain are now partnering with coffee farmers to provide the solutions needed to combat climate change.

At Peace Coffee, we invest in the Carbon, Climate, and Coffee Initiative. This fund focuses on helping farmers adapt to the new reality of climate change by supporting farmer-to-farmer training in climate adaptation strategies, promoting field renovation and pruning practices to increase yield, and teaching soil regeneration methods to improve carbon sequestration. At Peace Coffee, we are not coffee farmers, but by helping to provide access to resources and training that address the concerns and needs of our farmer partners, we can build climate change resiliency in our value chain.

Coffee has the incredible ability to connect people and places thousands of miles away. I believe that, through this connection, coffee farmers, roasters, and drinkers can all play a role in overcoming the crisis caused by climate change and low coffee prices. By supporting and valuing fair trade and organic coffee, we can make this moment a turning point, away from crisis and toward sustainability. This path values every person who makes a delicious cup of coffee possible. 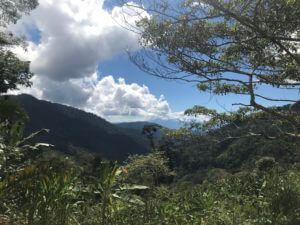 Committed To Sustainability
Studies estimate that by 2050, half of the world’s coffee-growing lands will become unsuitable for coffee due to climate change.…

Climate Change: In Your Daily Cup
I’ve always been drawn to coffee. Not necessarily to coffee the crop, or the beverage from which many of us… 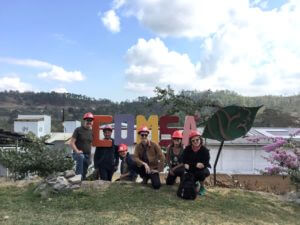 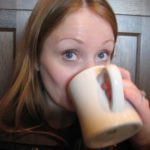